Eremophila nivea, commonly known as silky eremophila, is a flowering plant in the figwort family, Scrophulariaceae and is endemic to Western Australia. In nature it is a rare shrub with hairy branches and leaves, and blue, purple or violet flowers.

Eremophila nivea is an erect shrub which grows to a height of between 0.8–1.6 m (3–5 ft). Its branches, leaves and sepals are covered with a layer of soft white to greyish matted hairs giving the plant a silvery-greyish appearance. The leaves are arranged alternately along the branches and have a covering of woolly hairs.

The flowers are borne singly or in pairs in leaf axils on woolly stalks purplish-black tips. Flowering occurs from August to October, the soft, silvery-grey foliage and pale to deep blue flowers. It will grow in most soils, is both drought and frost tolerant but needs to be grown in full sun. It benefits from regular pruning after flowering to preserve its shape and to help prevent fungal diseases. 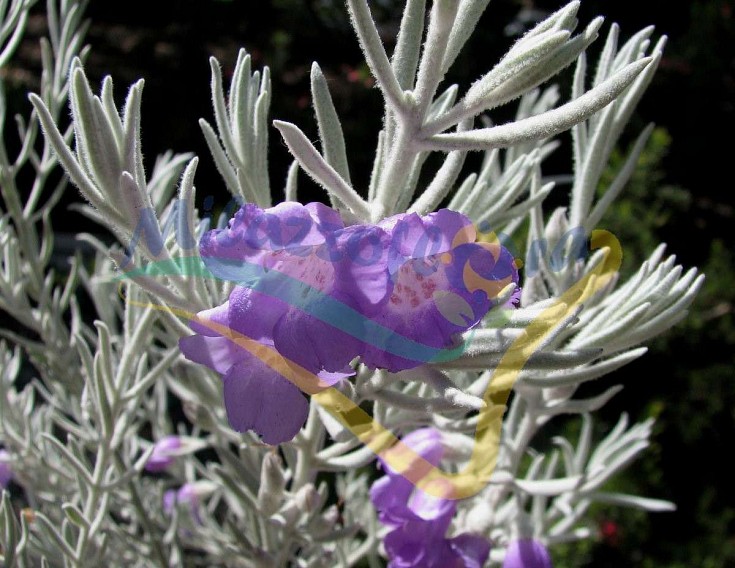 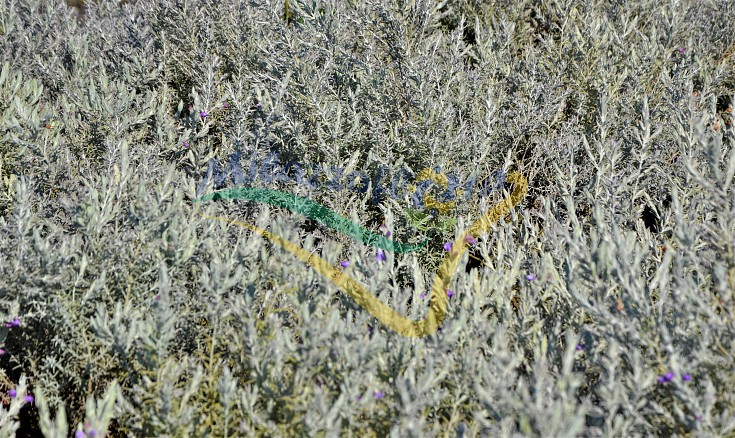 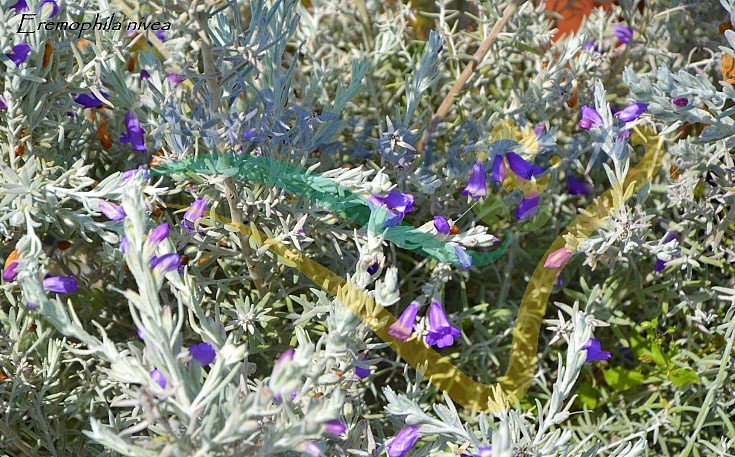