Citrus medica var. sarcodactylis, or the fingered citron, is an unusually shaped citron variety whose fruit is segmented into finger-like sections, resembling those seen on representations of Buddha. It is called Buddha's hand.

The different cultivars and variations of this citron variety form a gradient from "open-hand" types with outward-splayed segments to "closed-hand" types, in which the fingers are kept together. There are also half-fingered fruits, in which the basal side is united and the apical side fingered. The origin of this kind of citron is commonly traced back to the Far East, probably northeastern India or China, where most domesticated citrus fruits originate.

Buddha's hand fruit is very fragrant and is used predominantly in China, Malaysia and Japan for perfuming rooms and personal items such as clothing. The fingered citron is cultivated as an ornamental tree in gardens and containers on patios and terraces.

Citrus medica var. sarcodactylis is, like any other citron variety, a shrub or small tree with long, irregular branches covered in thorns. Its large, oblong leaves are pale green and grow about four to six inches. Its white flowers are tinted purplish from the outside and grow in fragrant clusters. The fruit's fingers contain only the white part of the fruit and sometimes a small amount of acidic pulp, but many of them are completely juiceless and some are seedless.

The plant is sensitive to frost, as well as intense heat and drought. It grows best in a temperate climate.

Due to the curious shape of this fruit, it is also known among the fans of H. P. Lovecraft as the "fruit of Cthulhu" for its similarity with the tentacles of that fictional cosmic entity. 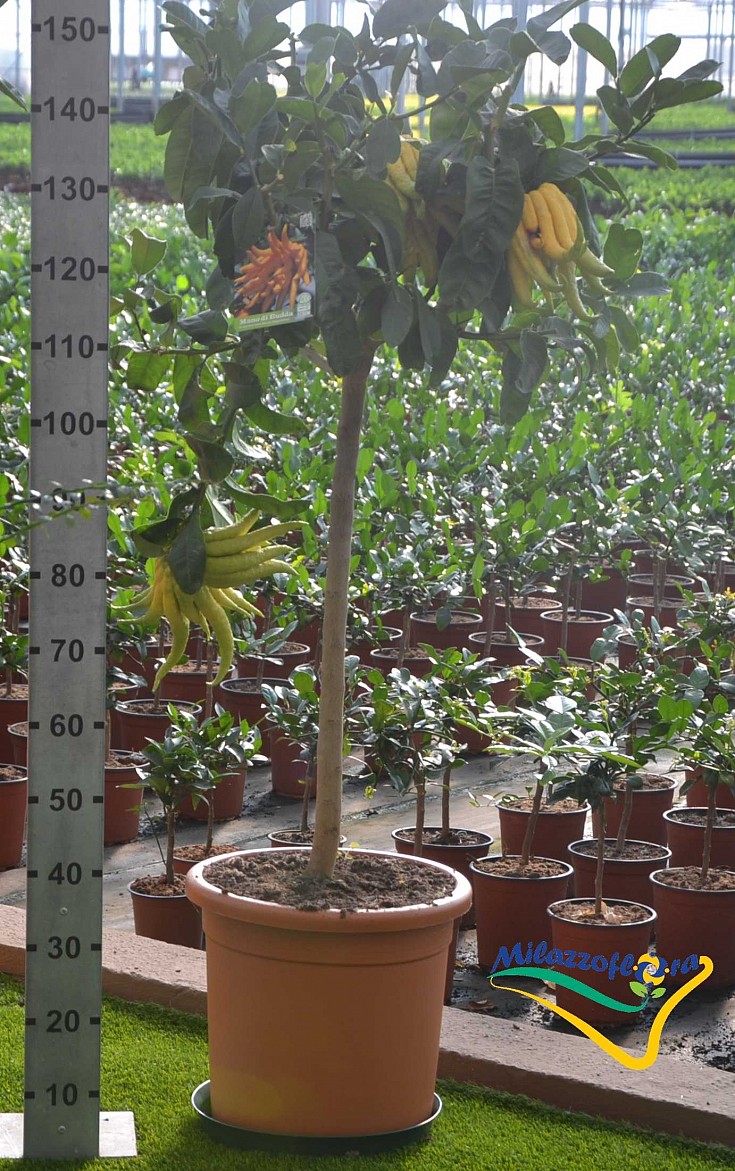