The giant white bird of paradise

Strelitzia nicolai, commonly known as the giant white bird of paradise or wild banana, is a species of banana-like plants with erect woody stems reaching a height of 6 m (20 ft) and the clumps formed can spread as far as 3.5 m (11 ft).

The 1.8 m (5 ft 11 in) long leaves are grey-green and arranged like a fan at the top of the stems, similar to Ravenala madagascariensis. The inflorescence is composed of a dark blue bract, white sepals and a bluish-purple "tongue". The entire flower can be as much as 18 cm (7.1 in) high by 45 cm (18 in) long and is typically held just above the point where the leaf fan emerges from the stem. Flowers are followed by triangular seed capsules.

Strelitzia nicolai is among the few plants which have been verified to contain the pigment bilirubin, which is usually found in animals.

Strelitzia nicolai is one of three larger Strelitzia species, the other two being tree-like S. caudata and S. alba. S. nicolai is restricted to evergreen coastal forest and thicket of eastern South Africa from the Great Fish River northwards to Richards Bay. It is also considered native to Mozambique, Botswana and Zimbabwe.

Strelitzia nicolai prefers rich, moist soils with good drainage in full sun to part shade. The plant tolerates light frost. Propagation is via division of clumps, offsets and from seed. Plants require many years of growth before they begin blooming. In favourable conditions they self-seed freely, and their invasive root systems are best kept away from buildings. 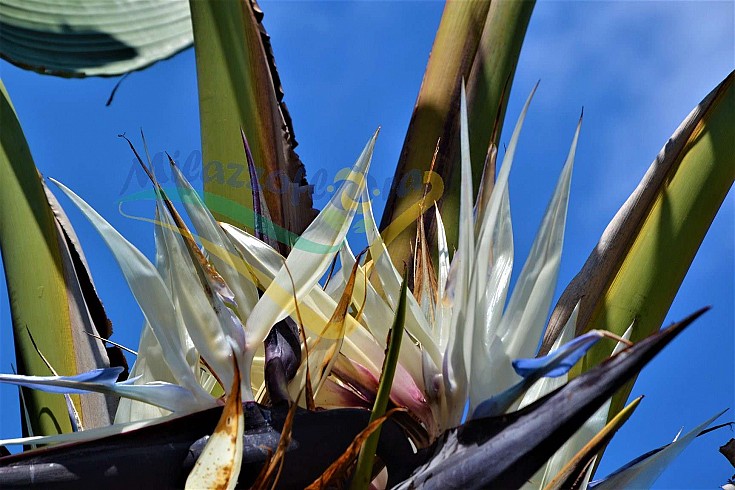 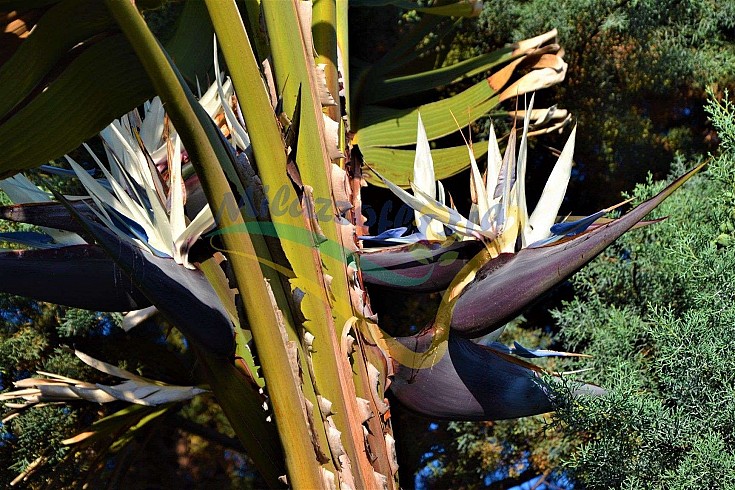 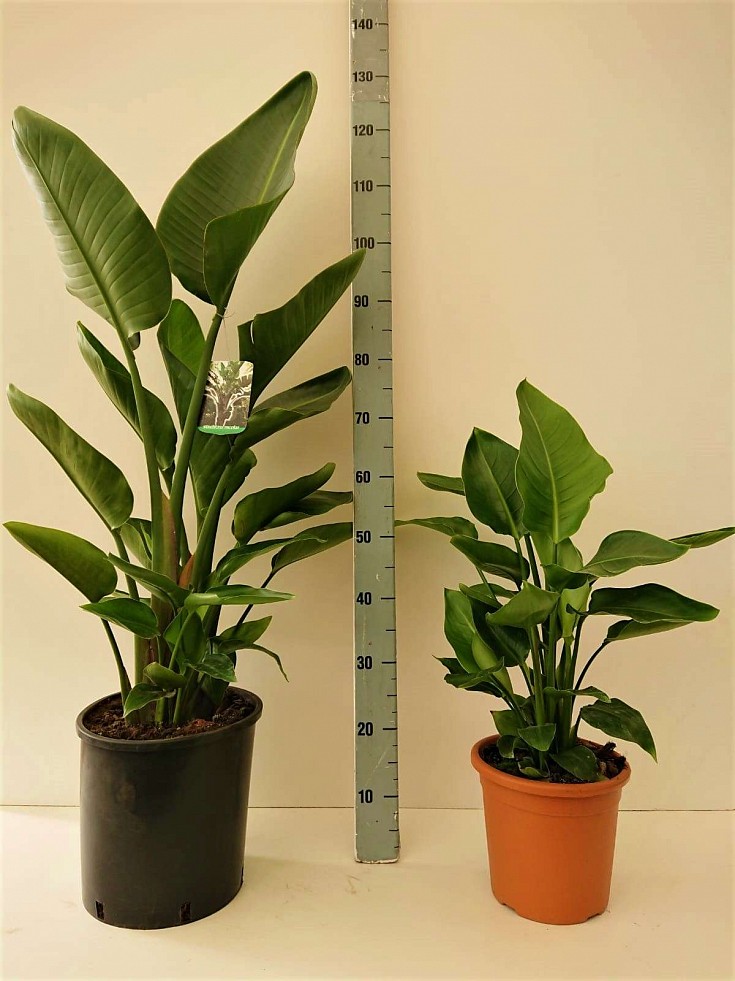 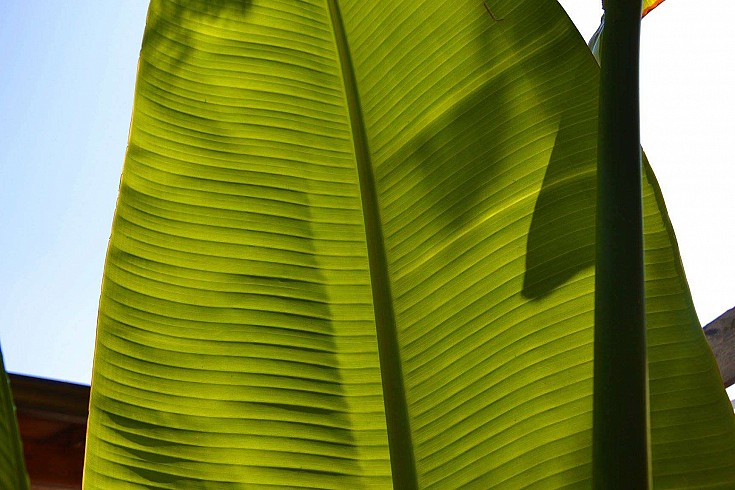