The pomegranate (Punica granatum) is a fruit-bearing deciduous shrub in the family Lythraceae, subfamily Punicoideae, that grows between 5 and 10 m (16 and 33 ft) tall.

The fruit is typically in season in the Northern Hemisphere from September to February, and in the Southern Hemisphere from March to May. As intact arils or juice, pomegranates are used in baking, cooking, juice blends, meal garnishes, smoothies, and alcoholic beverages, such as cocktails and wine.

The pomegranate originated in the region extending from modern-day Iran to northern India, P. granatum is grown for its fruit crop, and as ornamental trees and shrubs in parks and gardens. Mature specimens can develop sculptural twisted-bark multiple trunks and a distinctive overall form. Pomegranates are drought-tolerant, and can be grown in dry areas with either a Mediterranean winter rainfall climate or in summer rainfall climates. In wetter areas, they can be prone to root decay from fungal diseases. They can be tolerant of moderate frost, down to about −12 °C (10 °F). 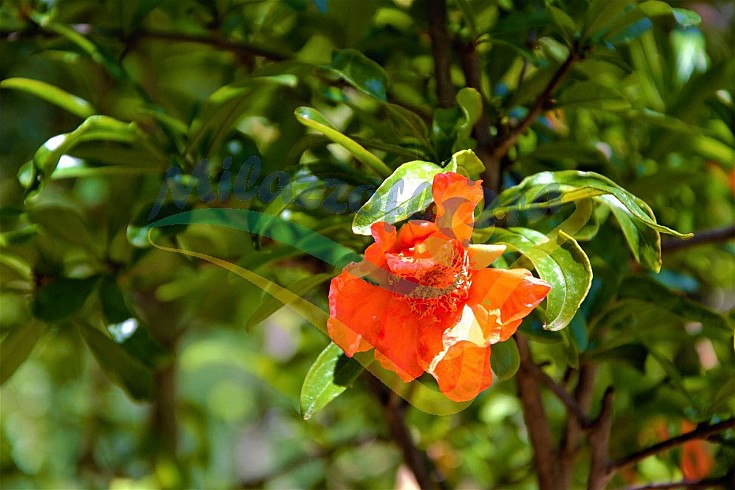 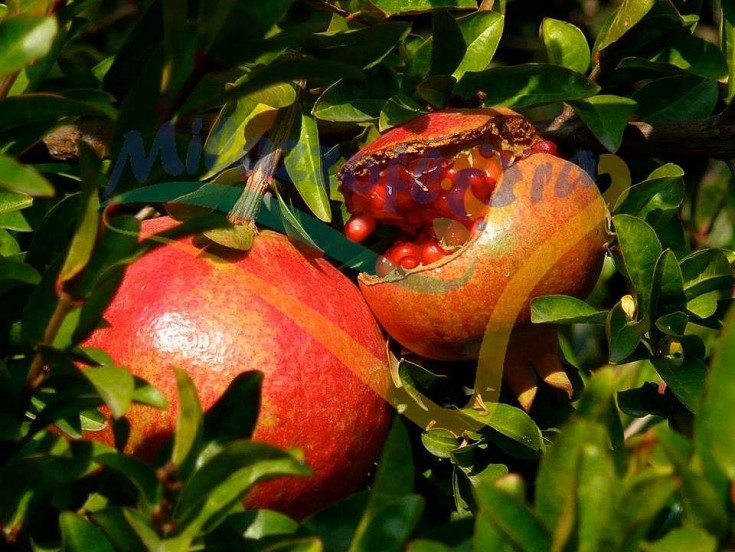 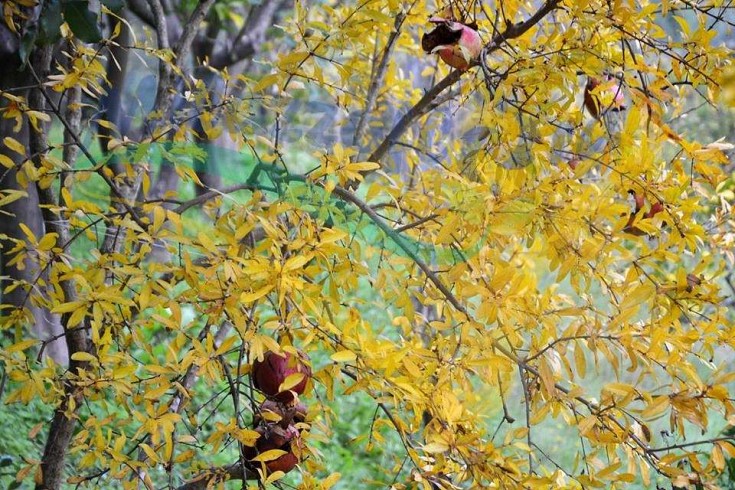 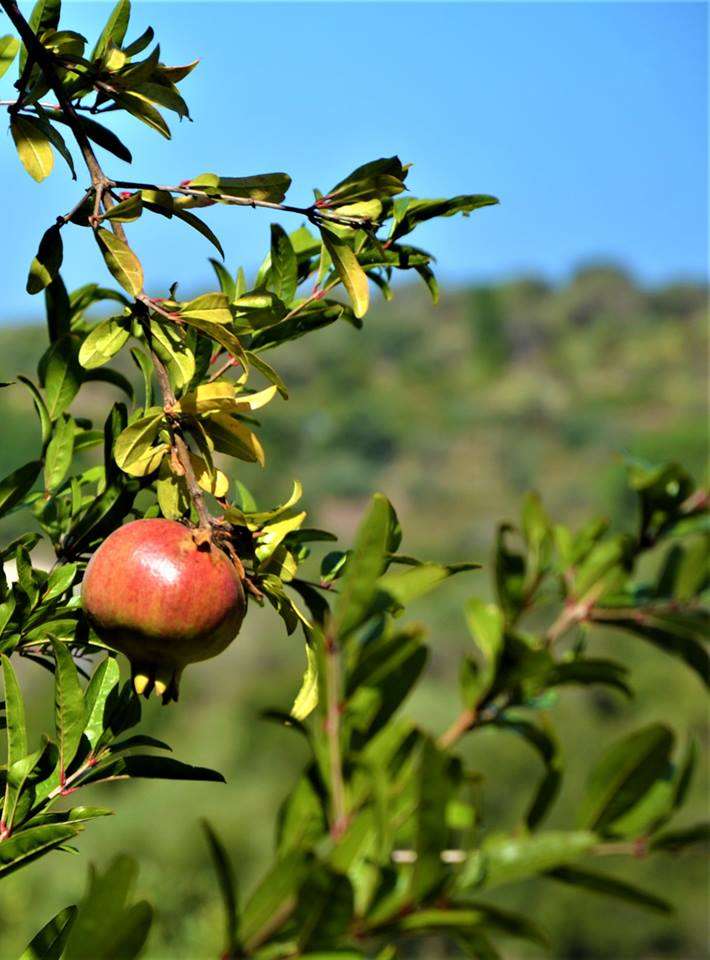