The Bosana is the most common cultivar of olives in Sardinia. It makes up over 50% of the olive production on the island. The etymology of the name is uncertain, but it could refer to an alleged origin in the territory of Bosa. It is maintained, however, that the cultivar is of Spanish origin. It is used primarily for oil, but can also be eaten. The Bosana is a variety well adapted to less hospitable environments.

The Bosana is particularly common in the olive-growing areas in the centre and north of Sardinia (Sassari, Nurra, Marghine, Planargia) and to a lesser degree also in central southern Sardinia, particularly in some districts of the province of Medio Campidano. This olive variety can also be found in Montenegro.

It is a cultivar of middle strength, with an expansive growth form, plain, elliptic-lanceolate leaves, an open crown, and average size. The olives are of middle weight (2.5–3 g), slightly egg shaped and quite symmetrical, with the greater diameter towards the top. The apex of the stone is rounded and smooth. The surface is covered in tiny lenticels.

The maturation process starts at the apex and advances from there. When mature, the colour of the fruit is black. It is a middle-to-late cultivar, in Medio Campidano it matures between November and December.

Traditionally considered a dual use cultivar, it is in reality mainly used for extraction of oil, and gives a good yield (17–18%). The quality of the oil is improved if the olives are collected early, at the start of the maturation. Its taste is described as "fruity, bitter and spicy".

The fruits of greater size are often transformed to table olives, whether green or black. They are considered to have the quality of not fading during the process. 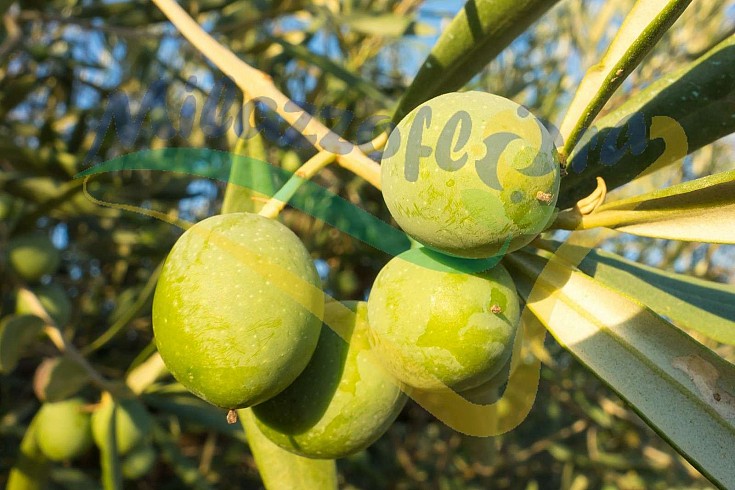