The oleander (Nerium oleander L., 1753) is an evergreen shrub probably native to Asia but naturalized and spontaneous in the Mediterranean regions and widely cultivated for ornamental purposes. The oleander has a shrubby habit, with generally not very branching stems that start from the stump, at first erect, then arched towards the outside. The young branches are green and hairless. The old stems and branches have a greyish bark. The flowers are large and showy, with radial symmetry, arranged in terminal peaks. The glass is divided into five lanceolate lobes, pink or white in spontaneous forms. The corolla is tubular and then divided into 5 lobes, varying in color from white to pink and carmine red. The cultivated varieties are double-flowered and almost all fragrant. More than 400 varieties are described.

Undemanding about the nature of the soil, it needs regular watering in the summer and prefers sunny exposures. Withstands -4° / -6° C.

Nerium Oleander is used isolated, in groups or in spots. It also works very well in containers, so it is also common in the north. 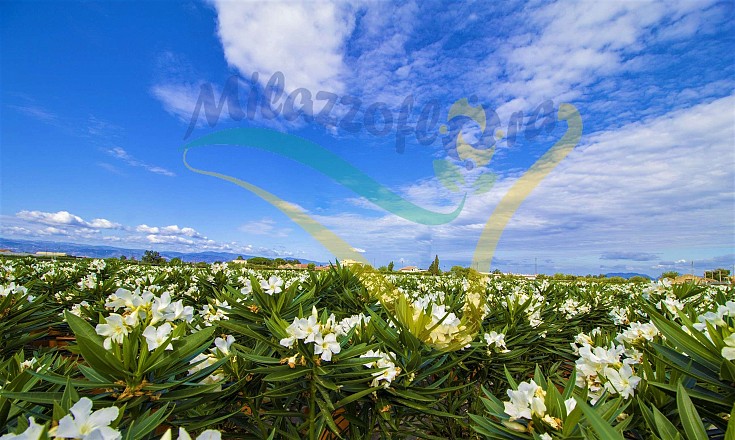 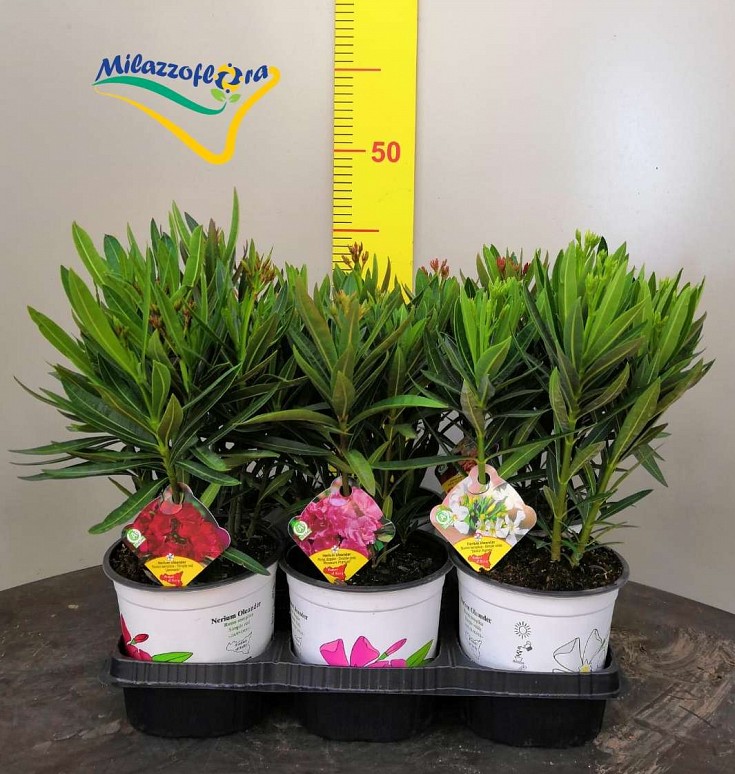