Acca sellowiana is a species of flowering plant in the myrtle family, Myrtaceae, native to the highlands of southern Brazil, eastern Paraguay, Uruguay, northern Argentina, and Colombia. It is widely cultivated as an ornamental tree and for its fruit.

Common names include feijoa or Pineapple guava. The fruit, known as feijoa maturing in autumn, is green, ellipsoid, and about the size of a chicken egg. It has a sweet, aromatic flavour, which tastes like pineapple, apple and mint.

It is a warm-temperate to subtropical plant that also will grow in the tropics, but requires at least 50 hours of winter chilling to fruit, and is frost-tolerant. When grown from seed, feijoas are noted for slow growth during their first year or two, and young plants, though cold tolerant, can be sensitive to high wind.

In the Northern Hemisphere, this species has been cultivated as far north as western Scotland, but under such conditions it does not fruit every year, as winter temperatures below approximately −9 °C (16 °F) kill the flower buds. Summer temperatures above 90 °F (32 °C) may also have an adverse effect upon fruit set. Feijoas are somewhat tolerant of drought and salt in soils, though fruit production can be adversely affected. Tolerant to partial shade, regular watering is essential while fruit is maturing. Some grafted cultivars of feijoa are self-fertile. Most are not, and require a pollinator. Seedlings may or may not be of usable quality, and may or may not be self-fertile. Feijoas will mature into a sprawly shrub, but can be kept successfully as a large container plant, though accommodations will need to be made for the width of the plants, and the need to encourage new growth for fruit production. 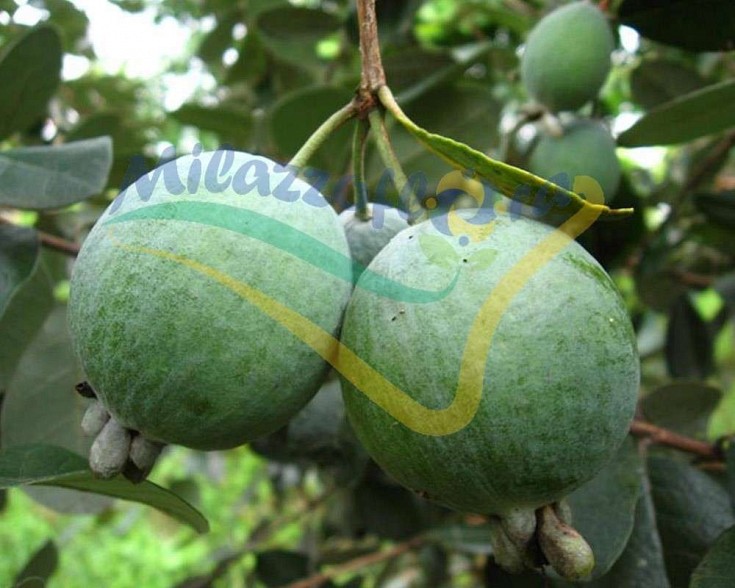 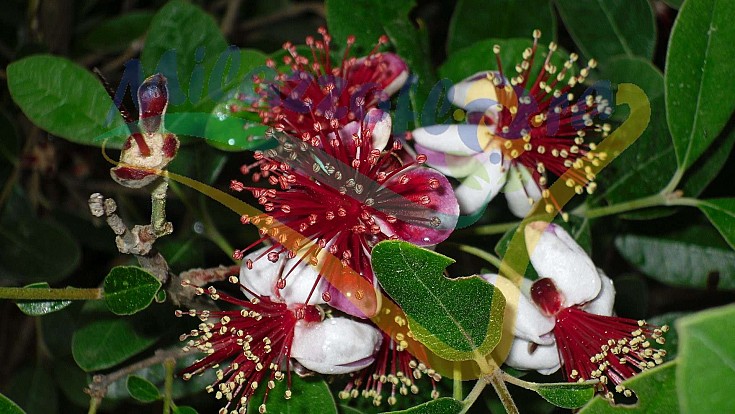