The grapefruit (Citrus × paradisi) is a subtropical citrus tree known for its relatively large sour to semi-sweet, somewhat bitter fruit. Grapefruit is a citrus hybrid originating in Barbados as an accidental cross between two introduced species, sweet orange (C. sinensis), and pomelo (or shaddock) (C. maxima), both of which were introduced from Asia in the seventeenth century. Frequently, it is misidentified as the very similar parent species, pomelo.

The grape part of the name alludes to clusters of fruit on the tree that often appear similar to grape clusters. The interior flesh is segmented and varies in color from white to yellow to red to pink.

The evergreen grapefruit trees usually grow to around 5–6 meters (16–20 ft) tall, although they may reach 13–15 m (43–49 ft). The leaves are glossy, dark green, long (up to 15 centimeters (5.9 in)), and thin. It produces 5 cm (2 in) white four-petaled flowers. The fruit is yellow-orange skinned and generally, an oblate spheroid in shape; it ranges in diameter from 10–15 cm (3.9–5.9 in). The flesh is segmented and acidic, varying in color depending on the cultivars, which include white, pink, and red pulps of varying sweetness (generally, the redder varieties are the sweetest).

Based on the color of the pulp there are basically two types of cultivars: 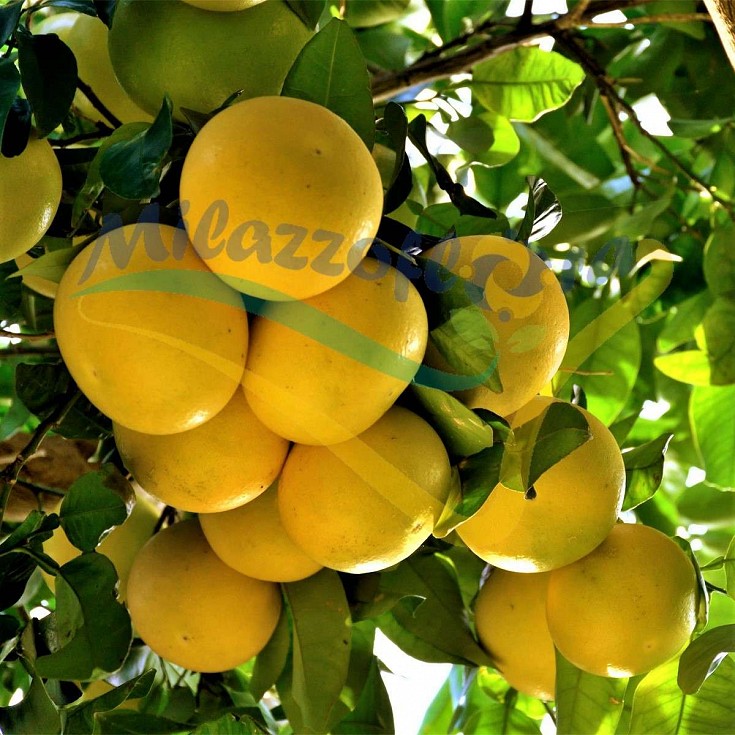 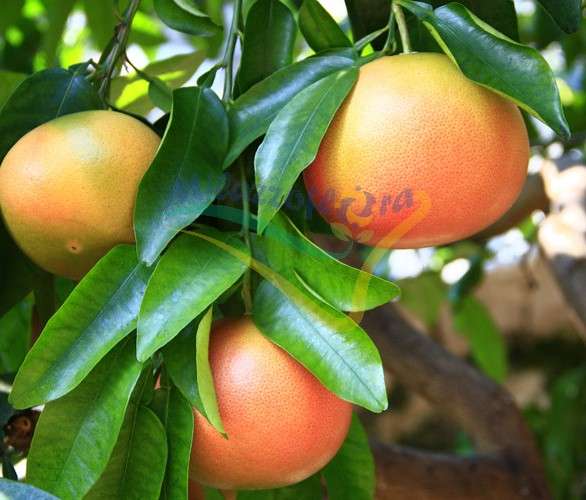