Calamansi (Citrus microcarpa, × Citrofortunella microcarpa, Citrus mitis or × Citrofortunella mitis), also known as calamondin or Philippine lime, is an economically important citrus hybrid predominantly cultivated in the Philippines. It is native to the Philippines and surrounding areas in southern China, Taiwan, Borneo, and Sulawesi. Calamansi is ubiquitous in traditional Filipino cuisine. It is used in various condiments, beverages, dishes, marinades, and preserves. Calamansi is also used as an ingredient in the cuisines of Malaysia and Indonesia.

Calamansi is a citrofortunella, a hybrid between kumquat (formerly considered as belonging to a separate genus Fortunella) and another species of Citrus (in this case probably the mandarin orange). The calamondin, is a shrub or small tree growing to 3–6 m (9.8–19.7 ft). The plant is characterized by wing-like appendages on the leaf petioles and white or purplish flowers. The fruit of the calamansi resembles a small, round lime, usually 25–35 mm (0.98–1.38 in) in diameter, but sometimes up to 45 mm (1.8 in). The center pulp and juice is the orange color of a tangerine with a very thin orange peel when ripe. Each fruit contains 8 to 12 seeds.

The plant is sensitive to prolonged and/or extreme cold and is therefore limited outdoors to tropical, sub-tropical and the warmer parts of warm temperate climates (USDA zones 8b - 11). Potted plants are brought into a greenhouse, conservatory, or indoors as a houseplant during the winter periods in regions with cooler climates. 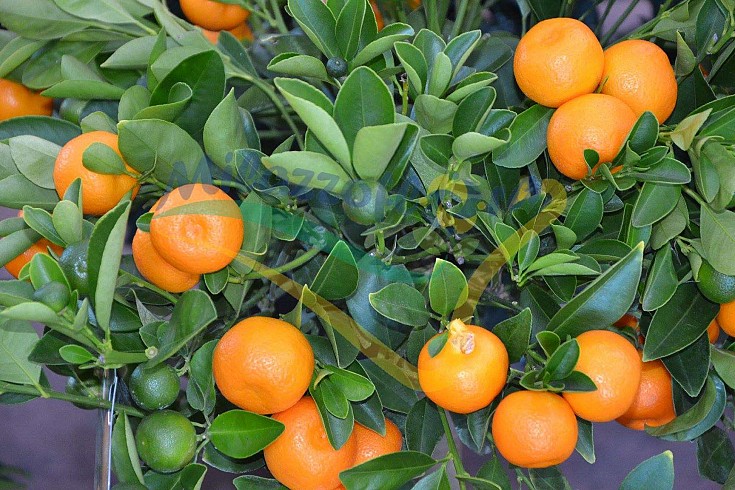 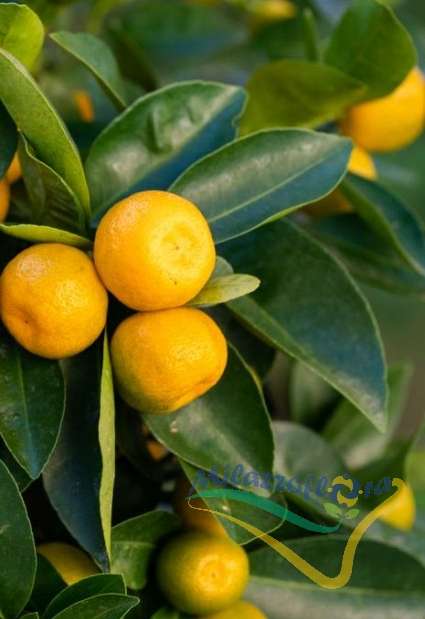 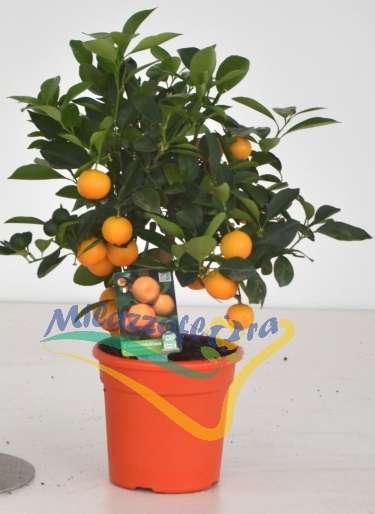 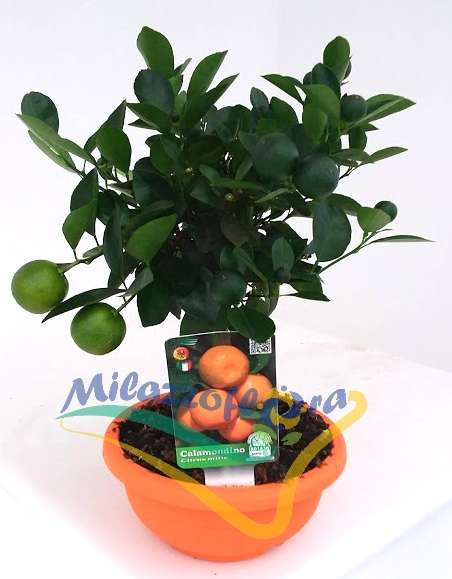