The carob (Ceratonia siliqua) is a flowering evergreen tree or shrub in the legume family, Fabaceae. It is widely cultivated for its edible pods, and as an ornamental tree in gardens and landscapes. The carob tree is native to the Mediterranean region and the Middle East.

The ripe, dried, and sometimes toasted pod is often ground into carob powder, which is sometimes used to replace cocoa powder. Carob bars, an alternative to chocolate bars, as well as carob treats, are often available in health food stores. Carob pods are naturally sweet, not bitter, and contain no theobromine or caffeine.

The carat, a unit of mass for gemstones, and a measurement of purity for gold, takes its name from the Greek word for a carob, keration meaning horn, via the Arabic word, qīrāṭ.

The carob tree is widely cultivated in the horticultural nursery industry as an ornamental plant for Mediterranean climates and other temperate regions around the world, being especially popular in California and Hawaii. The plant develops a sculpted trunk and the form of an ornamental tree after being "limbed up" as it matures, otherwise it is used as a dense and large screening hedge. The plant is very drought tolerant if one does not care about the size of the fruit harvest, and so it is used in xeriscape landscape design for gardens, parks, and public municipal and commercial landscapes. 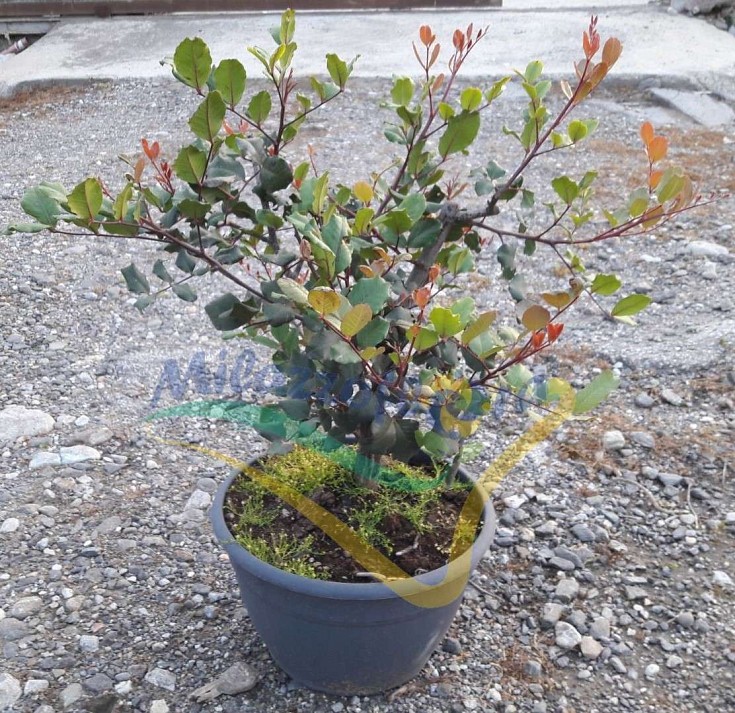 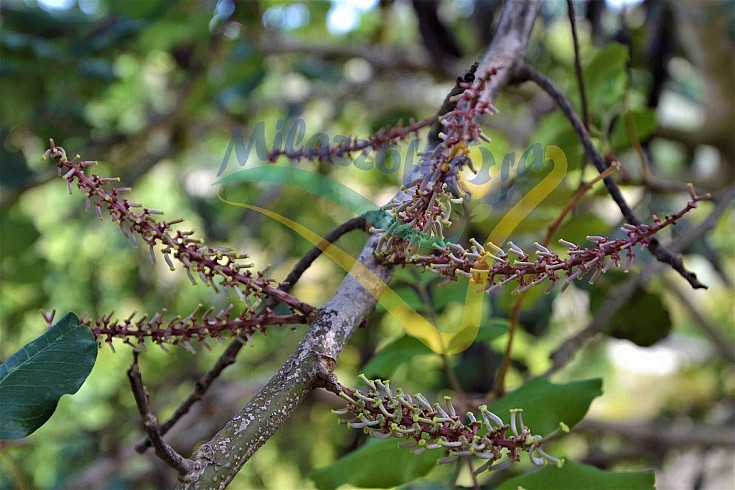