Alyogyne huegelii is a flowering plant found in the Southwest botanical province of Western Australia, extending along its entire coastline.

A large flowered shrub, the species favours the sands of coastal shrublands and heath. The large flower, highly variable in colour, is similar to that of Hibiscus. Shrub to four metres with many alternate branches, although lower ones may be sparse. Bright green leaves are divided in three to five in outline; margins are irregular, lobate to toothed; pubescent and strongly veined lobes are coarse in shape. The flower stalk at the leaf axil is long, tilting at the single flower. A large number of variants in the species have been cultivated, the colours of white, cream, purple. lilac, mauve, and the somewhat erroneous blue are traded as varieties or cultivars. 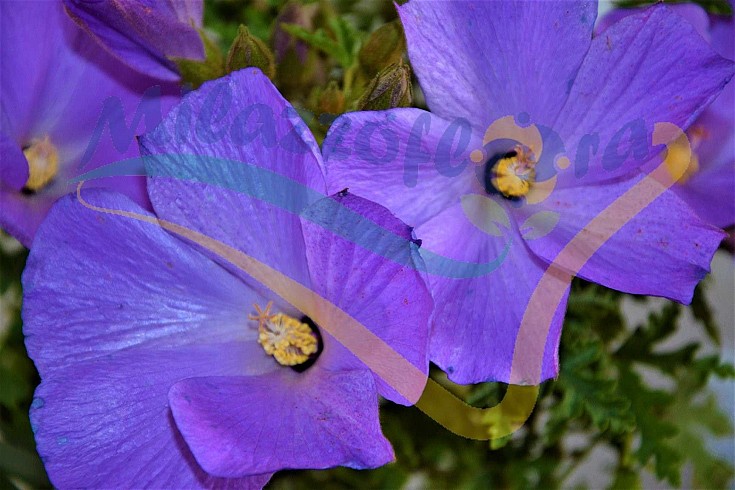