Pyracantha coccinea, the scarlet firethorn is the European species of firethorn or red firethorn that has been cultivated in gardens since the late 16th century. The tree has small white flowers. It produces small, bright red berries. The fruit is bitter and astringent, making it inedible when raw. The fruit can be cooked to make jellies, jams, sauces and marmalade. It ranges from southern Europe to western Asia. It has been introduced to North America and cultivated there as an ornamental plant since the 18th century.

In England, since the late of 18th century, it was used to cover unsightly walls. 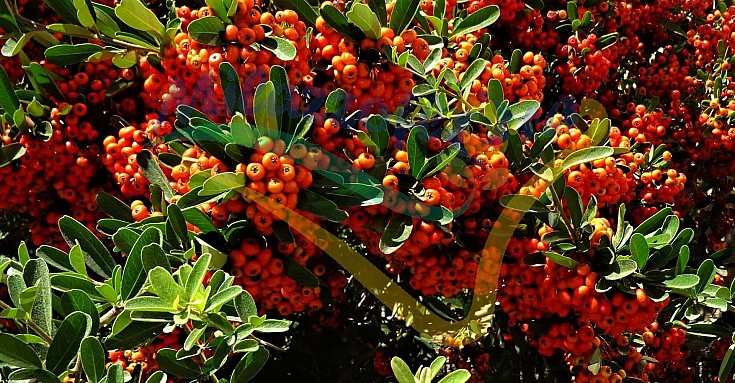