Leucophyllum frutescens is an evergreen shrub in the figwort family, Scrophulariaceae, native to the state of Texas in the southwestern United States and the states of Coahuila, Nuevo León, and Tamaulipas in northern Mexico. Although commonly known as Texas sage, it is not a true sage and is distinct from the genus Salvia. The species is also called Texas Ranger, Texas rain sage, cenizo, Texas silverleaf, Texas barometerbush, ash-bush, wild lilac, purple sage, senisa, cenicilla, palo cenizo, or hierba del cenizo.

The solitary axillary flowers are bell- or funnel-shaped, with five lobes and two lips. This species is found in rocky, calcareous soils.

Texas sage is a popular ornamental plant, commonly used for edge and area plantings in warmer and drier areas; it requires minimal water, is easily shaped into hedges, and blooms over the entire surface. It is available in a variety of cultivars, including 'Green Cloud', 'White Cloud', 'Compacta', 'Convent', and 'Bert-Star'. 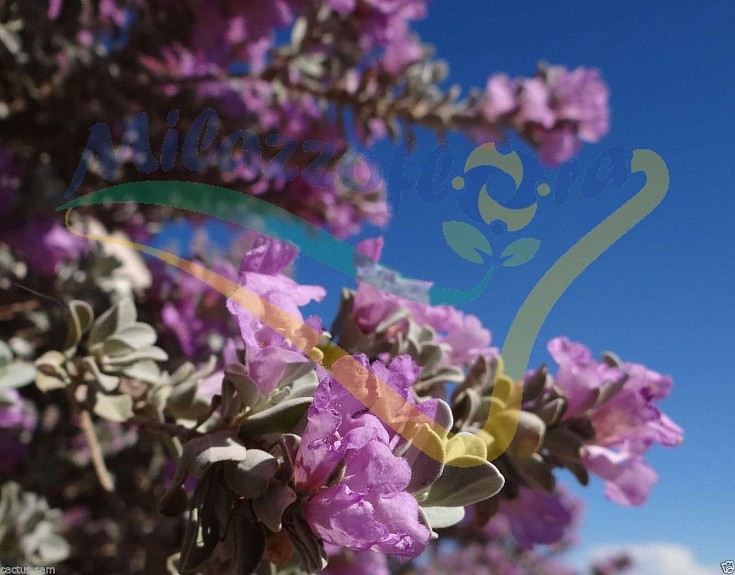