This species is native to China (Guizhou, Sichuan and Yunnan), where it grows in woods between the 1.400 and 3.000 m of altitude, covering trees and shrubs with a thick vegetation.

Is a semi-herbaceous climber, with reddish branches, long up to 10 m and rooting at the nodes. The leaves are opposite, glossy and of dark green colour on the upper page, paler below. The flowering is abundant in winter-spring, or later depending on the climate, so much to almost hide the foliage, with inflorescences formed by axillary or terminal racemes carrying up to 50 flowers.

Due to its fast growth and the facility with which it roots at the nodes, it is considered in many areas as an infesting species, as it chokes the native flora with its luxuriant vegetation.

It is a fast growing, vigorous, climber, and needs an exposition in full sun, or, at most, a slight shade; it is not particular about the soil, provided the same is draining and fertile, from slightly acidic to slightly alkaline, with regular watering inputs during the vegetative period. It is particularly suitable for being utilized in the warm temperate climate zones, where it may resist to temperatures as low as about -6 °C, even if with the loss of the foliage, for covering trellises, railings or pillars or as climber on the trees; the prunings are useful, after the flowering, for containing its exuberant vegetation.

Where the climate doesn’t allow its permanent open-air cultivation, it may be easily cultivated in a container, preparing appropriate supports on which to wrap the thin branches, or as drooping in hanging pots, utilizing a substratum formed by clayey earth, peat and coarse sand, or, in place of these, by agri-perlite, in equal parts. It is to be placed in a particularly luminous location, like behind a window facing south, far away from heat sources which can dry up the air, with a night temperature, by early winter, for 30-40 days, included between 10 and 12 °C in order to stimulate the blooming.

It is to be fertilized on a monthly basis with a hydrosoluble product, at half dosage than what advised on the package, during the vegetative period; the waterings must be regular in summer, reduced in winter. 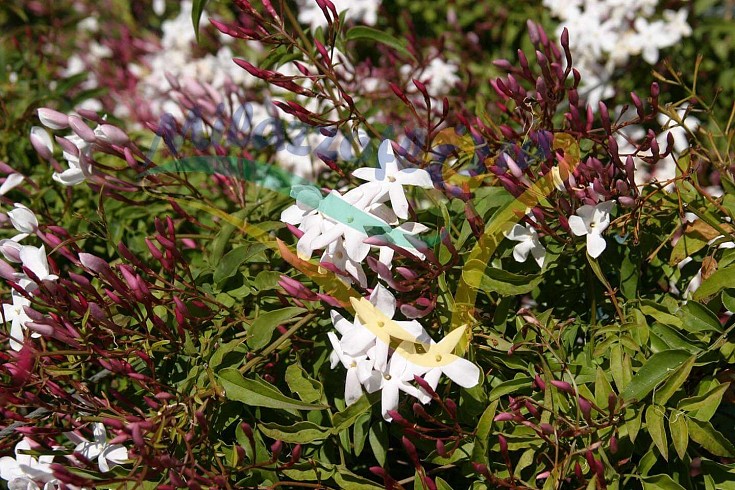 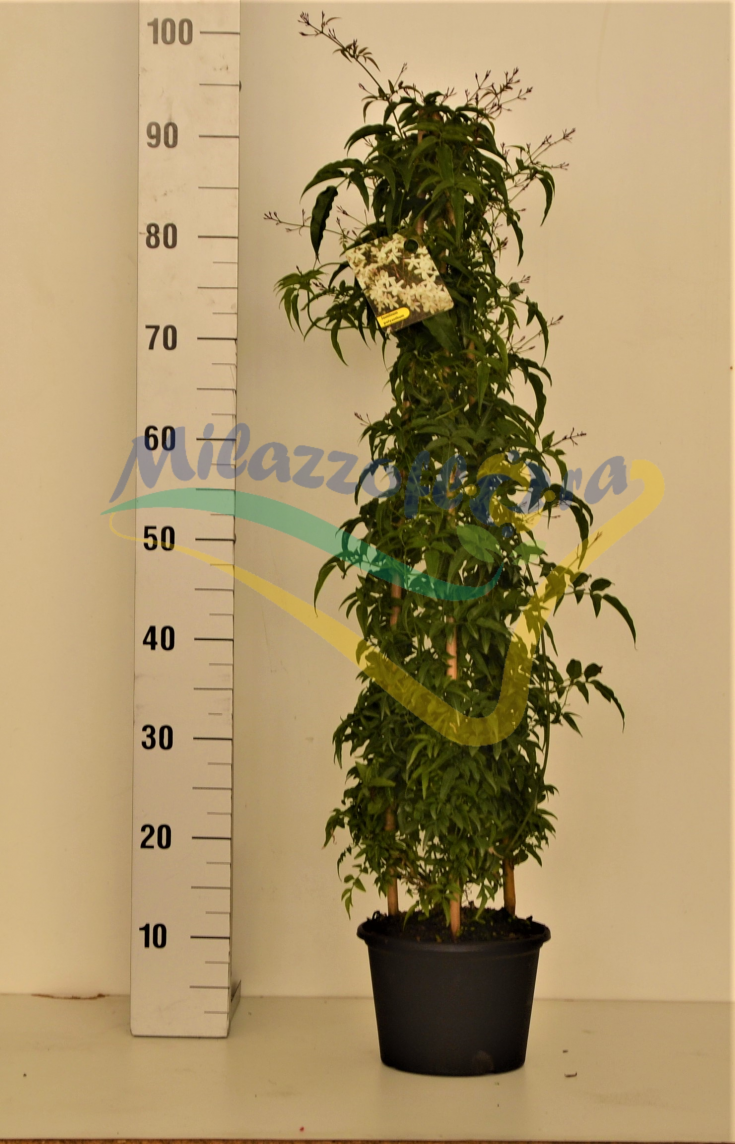