The cultivar is a spreading, low shrub that grows to 0.4 metres in height and 1 to 2 metres wide. The overall appearance of the foliage is dense and dark green with a silvery sheen from the fine hairs. The leaves, which are narrow and oblong, are notably smaller than most forms of the species. These are arranged spirally on the arching, wiry stems. Flowers are pinkish-red and cream and appear in clusters. The primary flowering period is from late winter to spring, though flowers may be seen throughout the year.

The cultivar was introduced by plantsman Bill Cane. Despite being widely known as the "Mount Tamboritha form" of Grevillea lanigera it is believed that it did not originate from Mount Tamboritha, a mountain in the Alpine National Park, east of Licola in Victoria. A form of Grevillea lanigera occurs at that location, but it is different in appearance. It is thought that the cultivar is a coastal form that may have been selected from the Yanakie Isthmus/Wilsons Promontory region in Victoria.

The cultivar has been planted widely in Australia and other countries due its ornamental foliage, compact form, showy flower clusters and attraction to nectar-seeking birds. Plants are suited to being grown in rockeries or containers.

'Mt Tamboritha' prefers a well-drained situation with full sun exposure, or in partial shade. The preferred soil type is sandy to medium loam that is slightly acidic and well-drained. It can grow in a wide variety of climates, being able to withstand temperatures as low as −5 °C (23 °F), while tolerant of humid subtropical climates such as in Brisbane. Once established, it will tolerate extended dry periods. In wet or humid situations, the foliage underneath may turn brown, a situation that may be overcome by using a stone or pebble mulch underneath.

Like many grevillee, it needs a sunny position for optimal flowering and a well-drained soil poor in phosphorus for a correct general development. Slow-release products can be used for fertilizing. Pruning, useful for thickening the plant, should be performed after flowering. In case of intense cold the beginning of flowering can be postponed even at the end of winter. 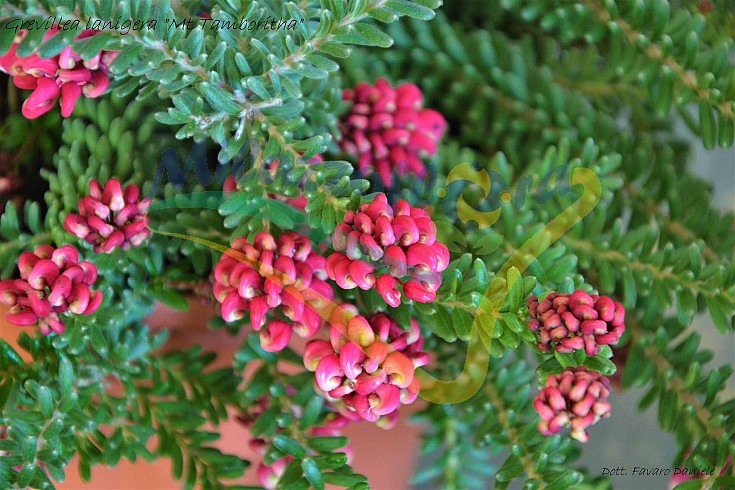 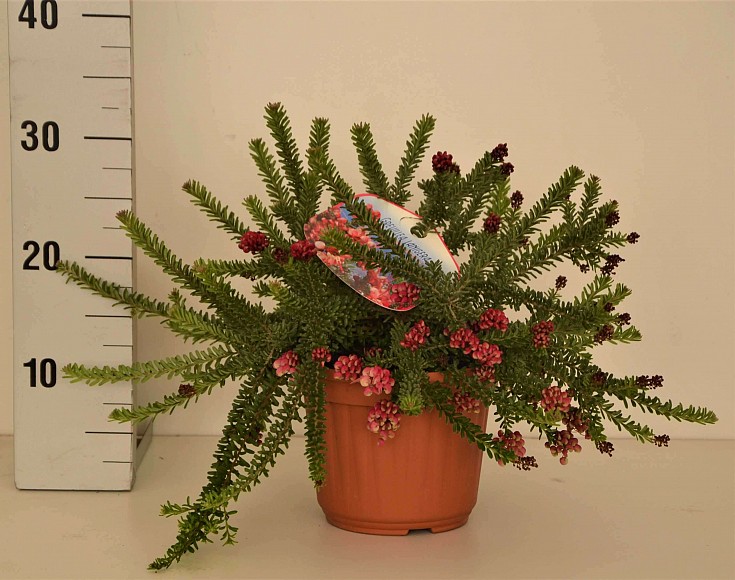