The poinsettia (Euphorbia pulcherrima) (also known as Christmas Flower) is a commercially important plant species of the diverse spurge family (Euphorbiaceae). The species is indigenous to Mexico. It is particularly well known for its red and green foliage and is widely used in Christmas floral displays.

Euphorbia pulcherrima is a shrub or small tree, typically reaching a height of 0.6–4 metres (2–13 ft). The plant bears dark green dentate leaves. The colored bracts are most often flaming red but can be orange, pale green, cream, pink, white, or marbled, are often mistaken for flower petals because of their groupings and colors, but are actually leaves. The colors of the bracts are created through photoperiodism, meaning that they require darkness (12 hours at a time for at least five days in a row) to change color. At the same time, the plants require abundant light during the day for the brightest color.

The flowers of the poinsettia are unassuming and do not attract pollinators. They are grouped within small yellow structures found in the center of each leaf bunch, and are called cyathia.

The poinsettia is native to Mexico. It is found in the wild in deciduous tropical forests at moderate elevations from southern Sinaloa down the entire Pacific coast of Mexico to Chiapas and Guatemala. It is also found in the interior in the hot, seasonally dry forests of Guerrero, Oaxaca, and Chiapas.

The plant's association with Christmas began in 16th-century Mexico.

In areas outside its natural environment, it is commonly grown as an indoor plant where it prefers good morning sun, then shade in the hotter part of the day. Contrary to popular belief, flowering poinsettias can be kept outside, even during winter, as long as they are kept frost-free. 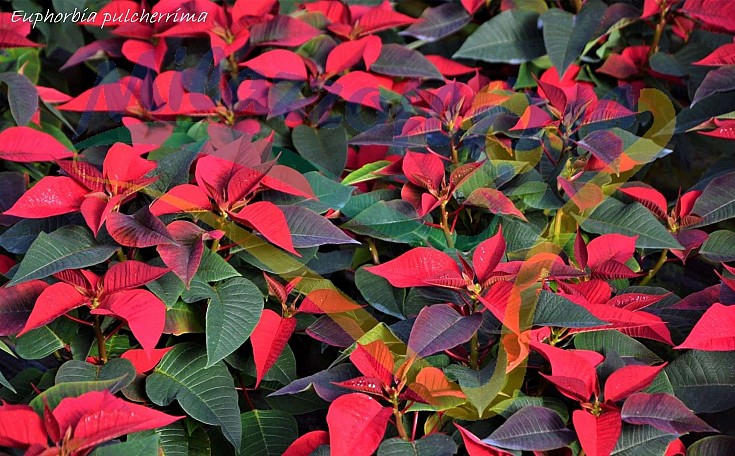 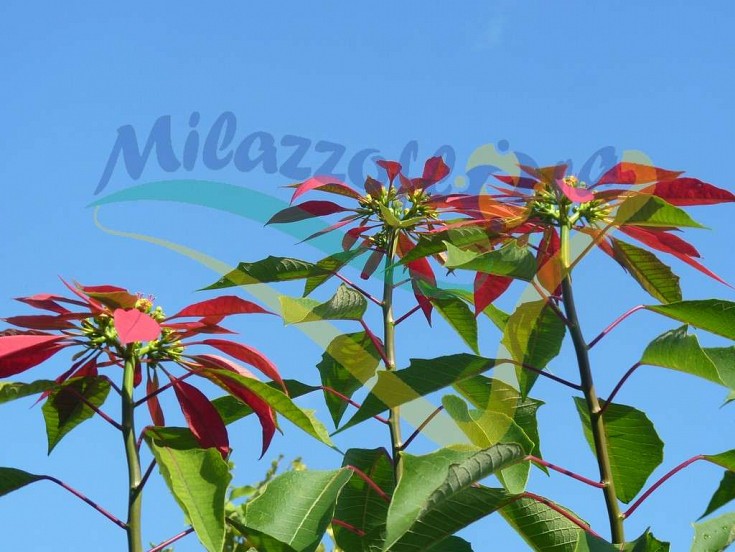