Eremophila maculata, also known as spotted emu bush, is a plant in the figwort family, Scrophulariaceae and is endemic to Australia. It is the most widespread of its genus in nature and probably the most frequently cultivated Eremophila.

It is a low spreading shrub, which usually grows to less than 2.5 metres (8 ft) tall. The flower colour often varies even within a single population and may be pink, mauve, red, orange or yellow, often spotted on the inside. Its flowers occur singly in the leaf axils. Eremophila maculata occurs in Western Australia, South Australia, Northern Territory, Queensland, New South Wales and Victoria. It often grows on river flats and areas subject to periodic flooding.

E.maculata is widely cultivated in many areas and, although best suited to dry climates, can be successfully grown in more humid areas. The var.brevifolia is, however, difficult to maintain in such areas. The species prefers soils which are alkaline to mildly acidic and well drained. Full sun is preferred and, once established, the plant tolerates extended dry periods. It is also tolerant of at least moderate frost. 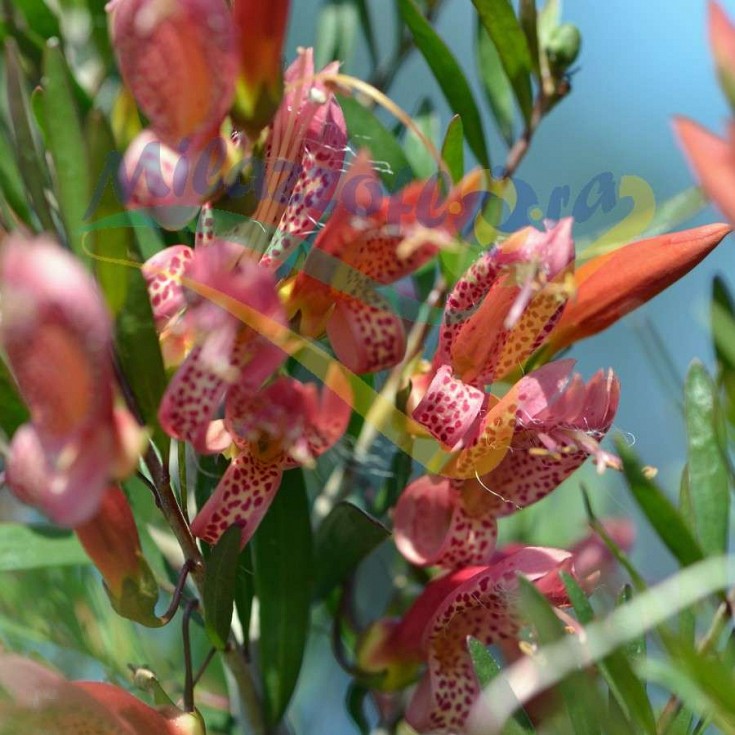