The Chulo Key lime (Citrus × aurantiifolia) is a citrus hybrid (C. micrantha x C. medica) with a spherical fruit, 2.5–5 cm (1–2 in) in diameter. The Key lime is usually picked while it is still green but it becomes yellow when ripe.

The Key Lime is smaller, seedier, has higher acidity, stronger aroma, and thinner rind, than that of the Persian lime (Citrus × latifolia). The Key lime is valued for its unique flavor compared with other limes. The name is derived from its association with the Florida Keys, where it is best known as the flavoring ingredient in Key lime pie.

It is a shrubby tree, to 5 m (16 ft), with many thorns. Dwarf varieties exist that can be grown indoors during winter months and in colder climates. Its trunk, which rarely grows straight, has many branches, and they often originate quite far down on the trunk. The leaves are ovate, 2.5–9 cm (1–3 1⁄2 in) long, resembling orange leaves (the scientific name aurantiifolia refers to this resemblance to the leaves of the orange, Citrus aurantium). The flowers are 2.5 cm (1 in) in diameter, are yellowish white with a light purple tinge on the margins. Flowers and fruit appear throughout the year, but are most abundant from May to September in the Northern Hemisphere. 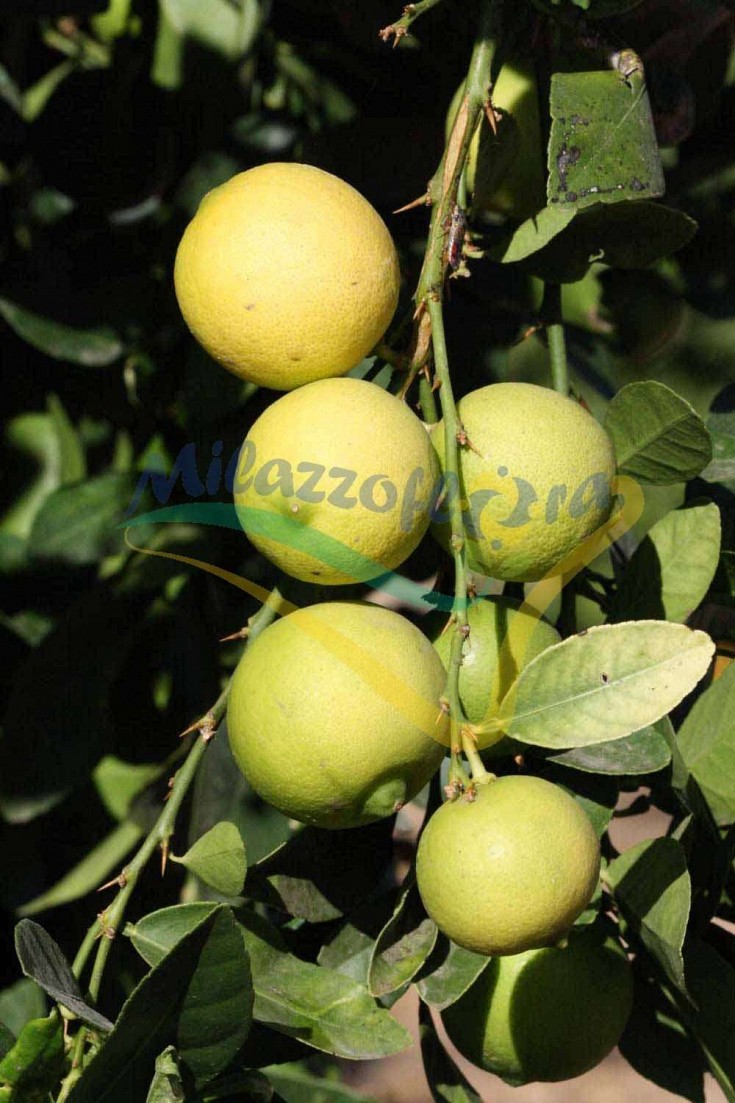