The Washingtonia robusta H. Wendl. (1883) is native to the north of Mexico (Baja California and state of Sonora), where it grows up in semi-desert areas, in the bottom of the canyons, where water is present, or close to natural sources.

The genus was dedicated to the first president of USA, George Washington, the name of the species comes from the Latin term “robustus”.

It presents a solitary trunk, slender, of about 30 cm of diameter towards the summit, of greyish colour in the old part, reddish brown in the younger one, tall up to 30 metres, and enlarged at the base (about one metre of diameter), covered, in the wild, on the upper part, of persistent dry leaves, from which comes out one of the many common names with which it is known: petticoat palm.

Bright green costapalmate leaves, hanging bifid segments with filaments which tend to disappear in the adult plants; the petiole presents brown-red coloured thorns, all over its length.

Blackish, globose fruits of about 0,5 cm of diameter, produced in huge quantity, which natives eat fresh or dried; whilst, from the ground seeds, they get a sort of flour, which they amply utilize.

It reproduces easily by seed which germinates in about 30 days. Palm of great ornamental value, spread out in all Mediterranean climate areas, where it has practically naturalized.

The contemporaneous presence of the other species belonging to the genus, the Washingtonia filifera, with which easily hybridizes, have acted in such a way that, nowadays, in some areas, there are present, in cultivation, more hybrids than pure species. It does not have particular exigencies of cultivation, except for a position in bright sunshine, tolerates semi-arid and poor soils, and is rather resistant to low temperatures (-8 °C, even some grade less, for short periods, in dry climates). 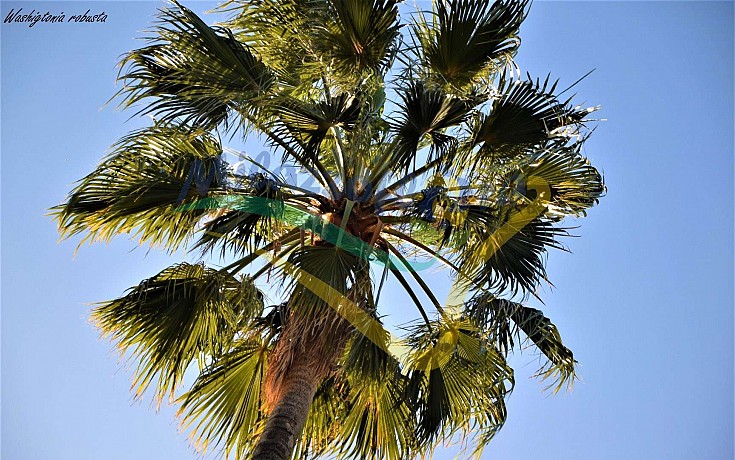 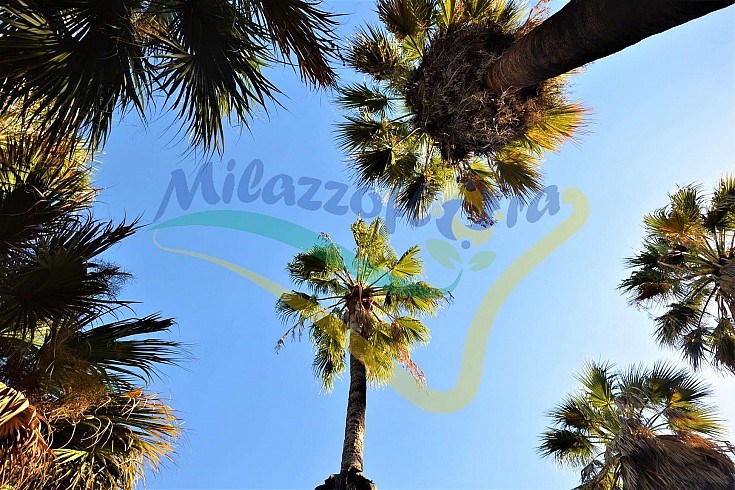 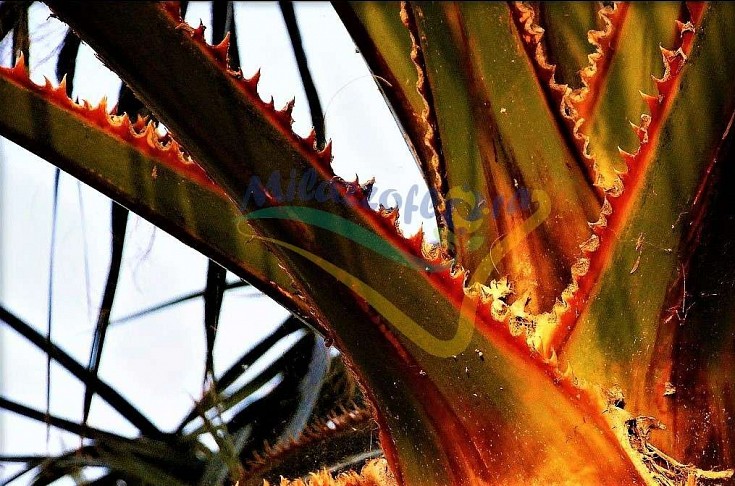