The Phoenix roebelenii O’ Brien (1889) is native to the pluvial forests of Yunnan (China), Laos and Vietnam, where it grows, particularly, along the banks of the river Mekong, between 200 and 300 metres of altitude.

The name of the genus is the Greek one, which was given in the antiquity to the date-palm. The species has been honoured to the German collector Carl Roebelen (1855-1927), who discovered it in Laos.

It has a bushy appearance (for the species in the wild), or solitary, with thin stems of 10 cm of diameter, erect or curved, tall up to about 3 metres, partially covered by the dried up foliar bases.

Very decorative, 1-1,5 mm long, pinnate leaves, with soft glossy dark green coloured leaflets, long up to 30 cm and 12 mm wide, reduced to thorns at the base of the petiole.

Dioecious plant (each individual carries either male or female flowers only), with 30-40 cm long much ramified inflorescences, small cream-coloured flowers, followed, in the female plants, by 1,5-2,5 cm long, black fruits, which turn to the dark red upon ripening.

It reproduces by seed, which germinates in about two months.

It is widely cultivated in tropical and subtropical areas due to its ornamental characteristics.

The Phoenix roebelenii prefers fertile soils, regularly watered, and an exposition in full sun or in partial shade (especially when young).

Much cultivated, also as pot plant, for the decoration of large inner spaces, is perfectly comfortable in the luminous locations with some sunny hours by day.

Between the Phoenix palms, this is one of the most sensitive to the cold.

It can resist till about -5 °C, for a very short time, but temperatures just below zero can already cause harm to its foliage. 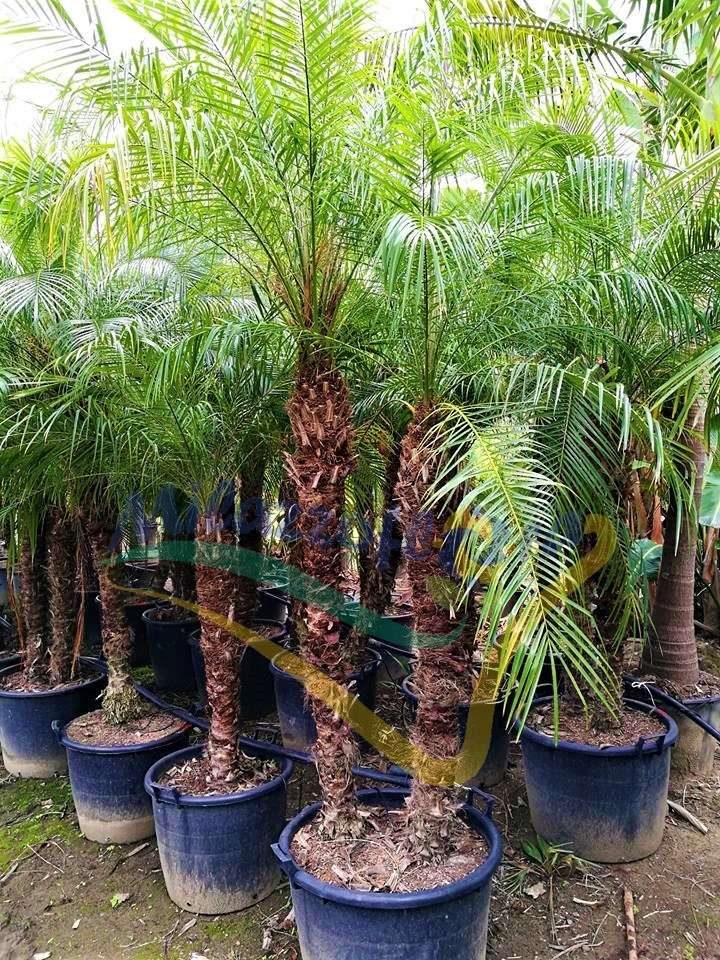 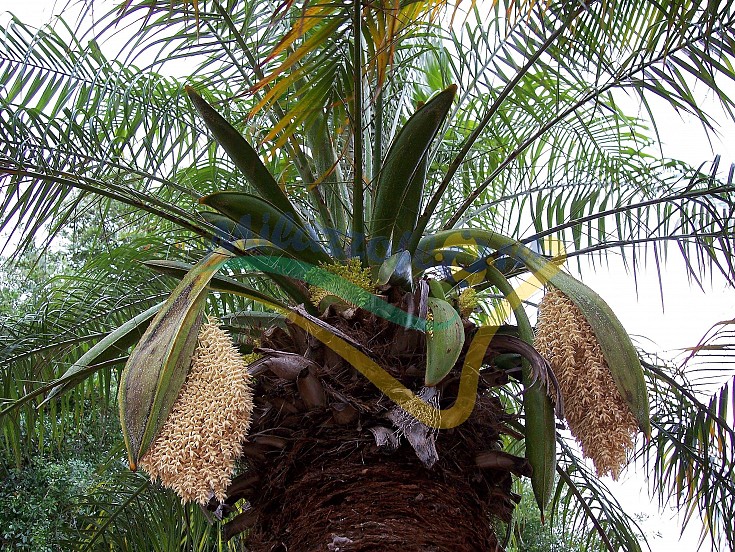