The species is native to Australia where it grows in north-eastern Queensland in the pluvial and swampy forests, from the sea level up to about 1000 m of altitude.

The name of the genus is the combination of the Greek substantive “ἄρχων, -οντος” (archon, -ontos) = chief magistrate and of the name of the palm Phoenix; the species is honoured the the Princess Alexandra of Denmark (1844-1925), Queen consort of Great Britain and Ireland (1901-1925).

The Archontophoenix alexandrae (F. Muell.) H.Wendl. & Drude (1875) is an unarmed monoecious species with erect, cylindrical, solitary stem, slightly enlarged at the base, up to more than 25 m tall with about 18 cm of diameter, of green colour in the youngest part, grey in the oldest, on which are visible the rings trace of the junction of the fallen leaves.

The leaves are paripinnate, 2,5-3,5 m long, slightly arcuate, and with the terminal part slightly rotated around the rachis, the foliar base wraps entirely the stem for a height of 60-90 cm forming a sort of tubular capital, just enlarged below, of glossy pale green colour. The pinnules, in the number of about 80 per side, are linear with pointed apex, long in the median part up to about 60 cm and 3-5 cm broad, close and arranged regularly on the rachis in one level, of glossy intense green colour above, grey-green below due to the presence of microscopical grey-silvery scales. Inflorescences under the leaves (infrafoliar), initially enclosed in three deciduous bracts of pale green colour, panicle, up to 80 cm long, of cream white colour, proterandrous (the male flowers ripe before the female ones, this avoids the self-fecundation favouring the crossed one), initially erect, then drooping in fruit, with four orders of ramifications and unisexual flowers united in groups of three (a female flower between two male ones). The fruits are ovoid, 0,8-1,4 cm long and of 0,6-1 cm of diameter, of red colour when ripe, containing one seed only; the mesocarp has only one layer of flat, 1 mm broad, fibres.

It reproduces by seed, previously kept in lukewarm water for three days, in aerated and draining loam maintained humid at the temperature of 24-26 °C, with germination times of 1-3 months; the first leaflet is bifid.

Species of great ornamental and landscape value, as isolated specimen, in group or in row at the sides of roads and alleys, of easy cultivation and fast growth, widely diffused in the tropical and subtropical regions, and marginally in the warm temperate ones where temperatures just under the 0 °C are rare and short lasting events.

It requires an exposition in full sun, or slightly shaded in the juvenile stage, preferably sheltered from the wind and with high ambient humidity, is not particular about the soil, but grows best in the rich ones and with ample availability of water in particular during the warmest months. Young specimens can be cultivated in pot, in draining loam rich of organic substance, for the decoration of inner spaces in very luminous position.

It differs from the Archontophoenix cunninghamiana because of the lower part of the pinnules, presenting a grey-green colour and the central nervation having no ramenta (tiny brown elongated scales with the irregularly toothed margins), and the inflorescences of cream white colour, and from the Archontophoenix tuckeri due to smaller size of the fruits and the presence in the mesocarp of only one layer of fibres, instead of two, of lesser breadth. 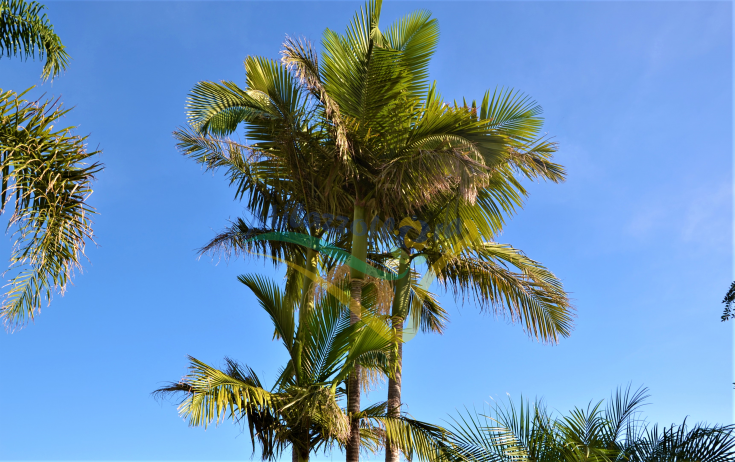 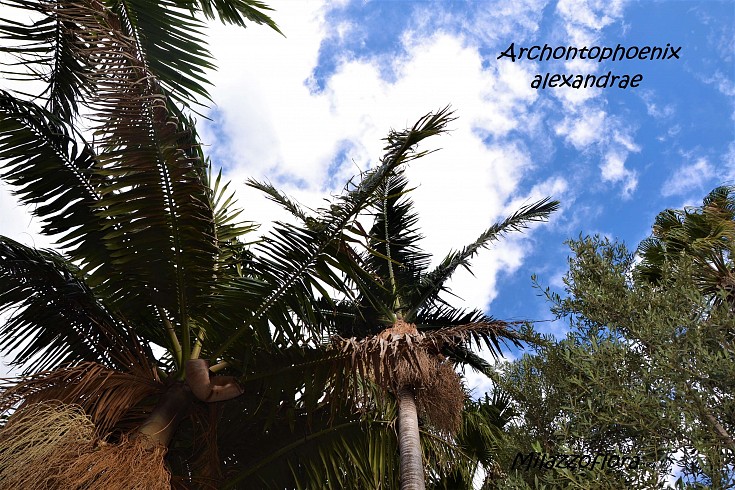 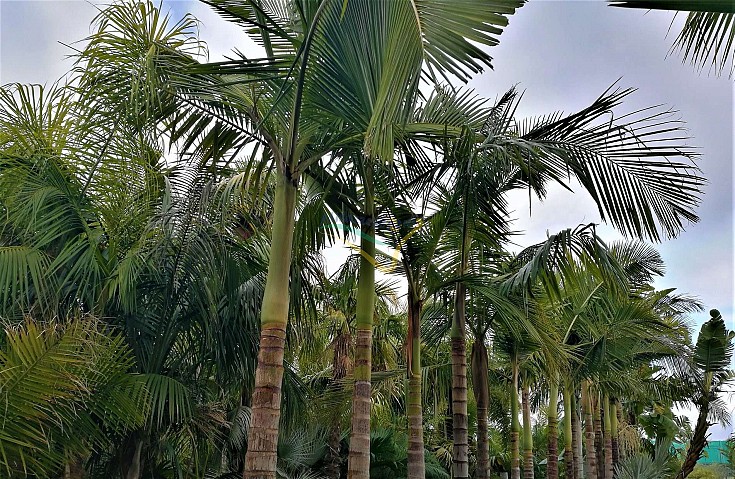 Piante in coltivazione in mastello 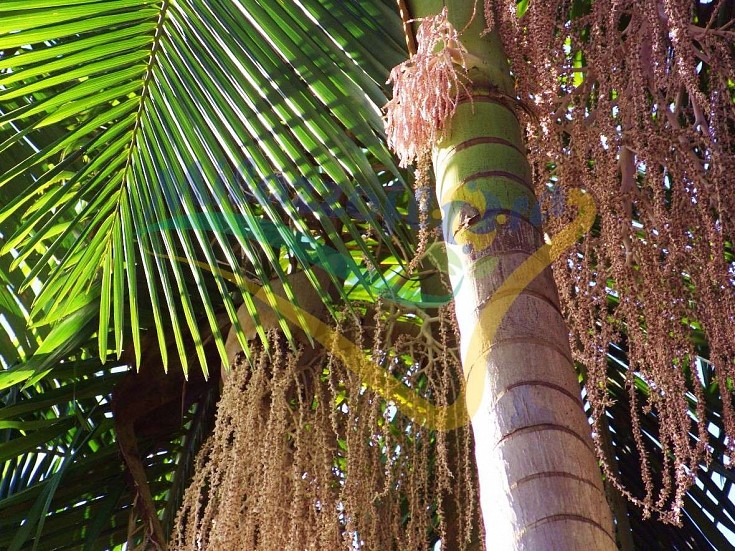